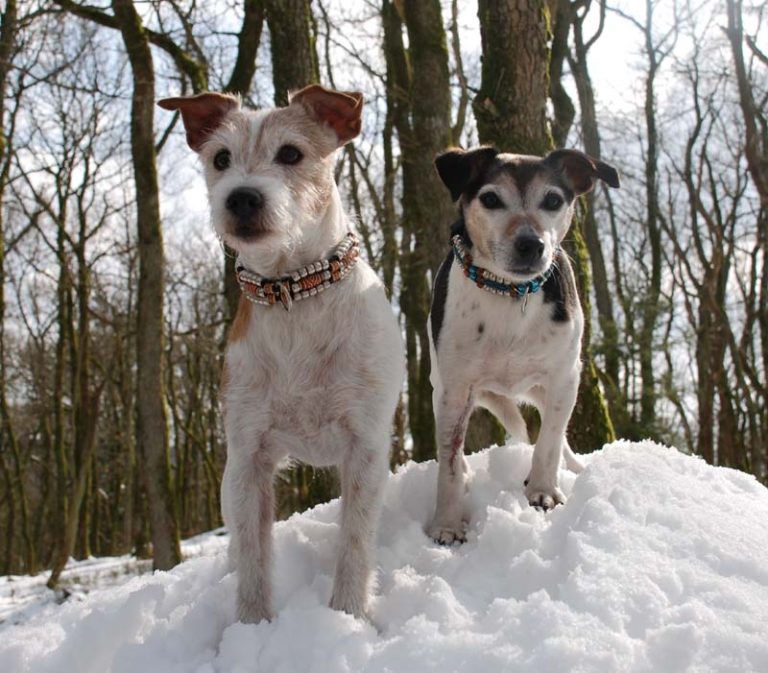 When my gunniea-pig Norpan died, I did not want any new gunniea-pig, because no one could be like Norpan. Then I got my first own dog, a jack russel named Frances Bean, after Nirvana's singer's daughter.

It was with her that I started to train dogs for real and since she was a terrier, she had quite a lot of her own will. But I had a vision that she could go free everywhere and that she would become a friend to be able to take with her everywhere. After a lot of training and a lot of gray hair, it became so. And she was with me with friends, in the stable, at work, in town and wherever I went.

I trained tracking, obedience, tricks and agility with Frances, but her agility career was not so long due to back problems. She was a very funny and headstrong little dog, who taught me a lot about dog training.

Olivia was my mother's dog and she was a litter with a pedigree in the JRTC of GB (Jack Russel Terrier Club of Great Britain). Mom started to train a little agility with Olivia but I soon took over training and competition with her, because she was a good and fun little terrier. She competed in class three and got some nice results. But then I moved away from home and then it was difficult to get regular training, so there my terrier career unfortunately ended.

But I am very weak for terriers and some of my funniest memories as an instructor are from JRTC of GB's summer camp. It was always a week full of laughter and madness. And it was both dogs and owners who contributed to this.