SWEDEN rocks at EO in Hungary!! 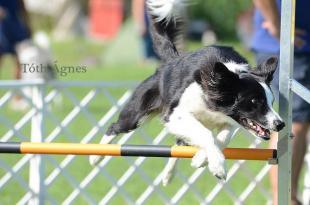 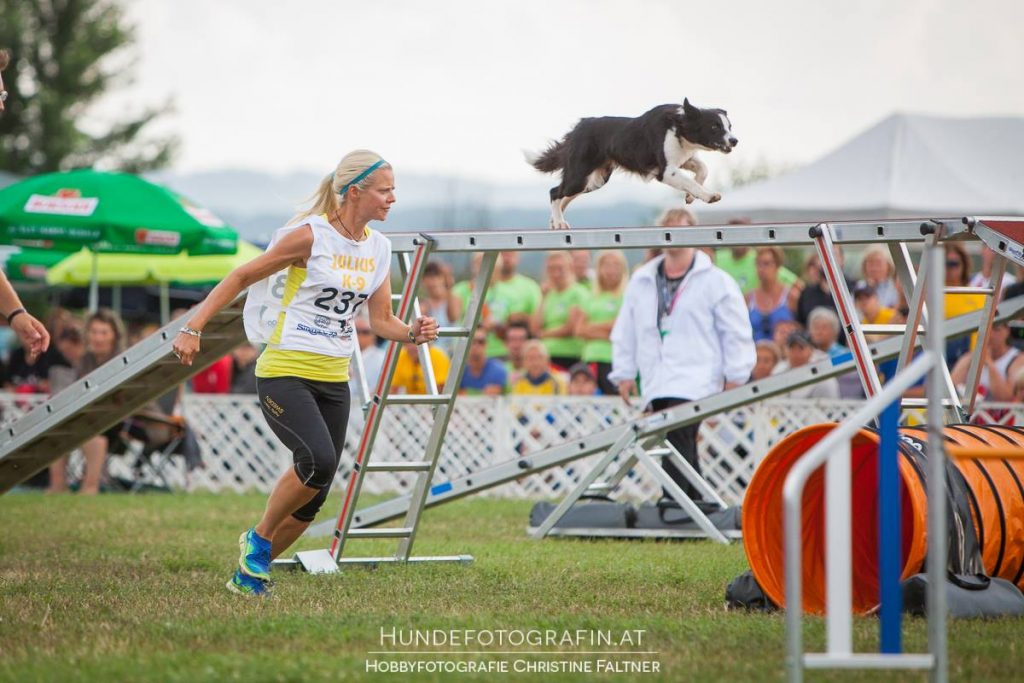 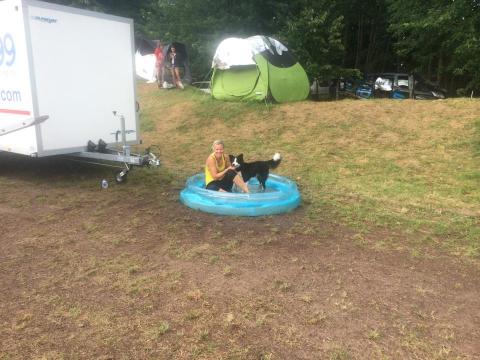 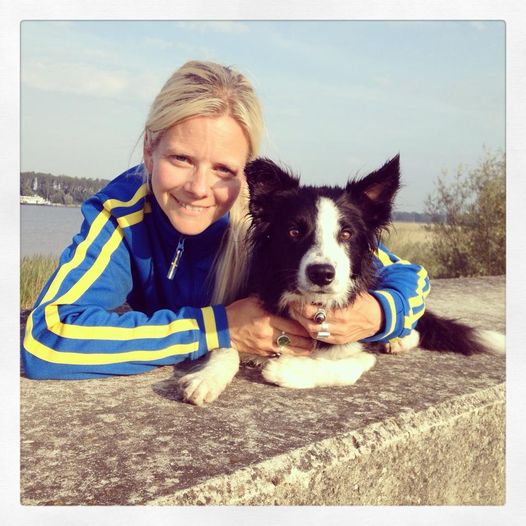 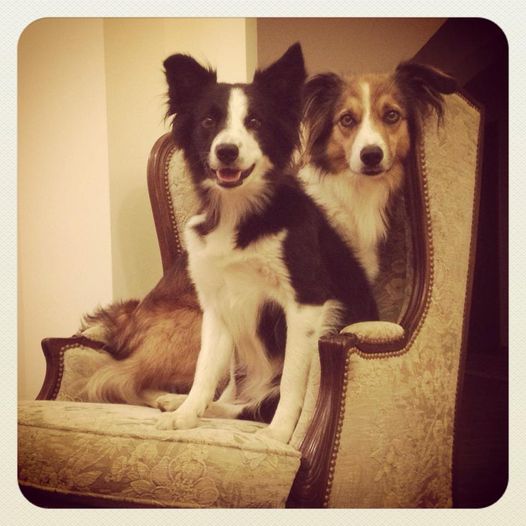 It has been a busy week with lots of positive energy and smiles! Sweden are back from Hungary with THREE gold medals, or actually six, if we count all four in the team ;). This is fantastic! And it’s for sure Swedens overall best performance in a championship, ever.

Well, let’s take it from the beginning. This will probably be a long blog post :).

As organized as always, me and Nettan still didn’t have any accomodation the day before we should leave from Sweden. The ferry ticket was finally booked and in the last second we found a hotel. So we started our long drive to EO 2014. Our drive plan was not that planned and even with two GPSes, one map we were lost several times. And several times we had to call Nettans parter so he could help us (from his truck in Sweden) to figure out where we were and where we had to drive. So, after about 28 hours travel we arrived in our hotel and we a few hours nice sleep before veterinary check and team training the morning after. Our hotel was not 30 mins away from the competition place, it was one hour drive on small roads through small villages. We realized we were in a hurry for the training. We arrived, a bit stressed but right in time. the sun was already hot like in a sauna and I had my three dogs to train. My training was a bit chaotic and after Swedens 20 minutes I was more or less dead. Ok, I have heard that the rehearsal should be bad to have a success but I prefer when I’m a bit organized, at least agility wise… 😉 Anyway, it was great to be there, to feel the athmopshere, meet all world wide friends, feel the Swedish team spirit and to feel the adrenaline and excitement for the coming runs.

I really liked both team courses for large, the agility course by Peter Feer and the jumping course by Tamás Tráj. They had both challanges, choices, speed and flow. Lilli was clean in both courses, Ogin did a clean agility course but not jumping. Ina did two almost perfect runs but in agility she dropped the last bar and in jumping I unfortunately made her hesitate at the second last jump. None of my teams qualified for the final but one of the other Swedish large teams did, which was great of course. It’s much more exciting if you have a national team to cheer for!

We decided to change hotel, to a closer one and it was all good but the dog fee. We had to pay for EACH dog EACH night and because we have four dogs the fee in the end was higher than for our room it self. I was a little pissed off becuase of this stupid system and I was in the middle of an argumentation when Nettan came down with the news that Lilli had won the agility class! Wow. I first didn’t belive her but then I had a look at the results my self and I realized the fact that our little Lilli had actually beaten all other dogs in the class! So, even if I was still angry on the owner of the hotel I was at the same time extremely happy for Lilli’s win in agility!

So, time for individual qualification for the final. I started with a jumping course by Veronica Herendy and this one was as nice as her last course in Dania Cup. A nice flow, fun weave entry and choices of way and handling. I was running first with Ina and she did a brilliant run. Unfortunately she missunderstood the second last jump, got a wrong step and therefore a dropped bar. Next one was Lilli and I was more nervous than I remember I have ever been. I really don’t know why. Maybe because it was ”only” qualification and maybe because we had made so many clean runs in a row (Swedish team tryouts, all runs with finals etc in Kalmar and then the team runs on Friday). My legs didn’t really move and my brain was thinking about statistics and other bad thoughts. I was fighting with those stupid thoughts and suddenly I was at the statline. Luckily silliy little Lilli gives so much positive energy and trust and when we started it was all pretty ok and we got to the finish line with a clear course. But it was still not perfect, I was not totally relaxed in the course. Actually I was much more pleased with my self in Ina’s and Ogin’s runs, even if they had a bar down each of them. We were surprisingly in the lead for a long time and then we ended up in 5th place and got a spot for the final! After the jumping course was finished it was time for the agility run, by Rolli Schiltz. It was a challenging course and many handlers were struggeling with several parts. Ina and I was not at the same planet, Ogin and I got faults but we made the national spot for the finals and Lilli was doing all difficult parts really nice. But I think I was a bit too relaxed because I knew I had already qualified. So she crashed in a jump and then she missed the A-frame that I forgot to cue. But I didn’t care at all, we had fun and she made the things I wanted to try really nice.

In small we got our first gold medal ever, Jocke Tangfelt and his poodle Amiga won the agility course and we were all so proud of them!

Then it was time for the individual finals. I watched both small and medium but unfortunately no Swedish teams made clean runs. Anyway it was exciting of course and the winners Tobias Wust and Silvia Trkman were great as always!

Finally it was time for the large final, judged by Tamás Tráj. The course was fun and people could choose different type of handling in almost alI way around the course. There were also an interesting start sequense where you couldf turn the dog either right or left and it was not that obvious which way that was faster.  I was excited and nervous in a good way. First I had some troubles to sort out the course walk and I had so many options of ways and handling. But after a good discussion with Nettan, Zeljko and our team leaders we made all decisions and in the end it felt perfect, I had such a great feeling and I was really on fire. First I ran with Ogin and he did a nice run, unfortunately a dropped bar but it was fun to run and I we gave everything. Later on it was Lilli’s turn. I looked at our little Lilli and I was thinking ”I have a dog that knows everything she needs to know, I trust her, I trust my plan and nothing can happen. If it does it will be bad luck and that’s nothing I can do anything about.” I was so much looking forward to run again. I had been watching Marje from Estonia with Susi and her run was super. I know she’s hard to beat when she’s running clean and I realized I had to push to have a chance.

After a long waiting it was Lilli’s and my turn. I entered the ring and suddenly I forgot the course. I just could’t remember what was after the long tunnel under the DW…! the tunnel was twice and suddenly everything was a mess in my head. I just had to sort it out. I was standing there to remind my self about the way. Then Tamás was giving me a second whistle signal and I got worried I was disqualified becuase it took so long time for me. So, I just started, much sooner than planned… Well, once we started everything went as planned and luckily I remembered the whole course ;). I enjoyed every single second and Lilli was just phenomenal. We were clean, we had made a great run and we went in to the lead! I was so happy with our performance and now it was just to wait for the last dogs… I knew it was really good dogs left and I was just thinking I didn’t want a 4th place again. I had already tried that a couple of times with Ina in the EO-finals. But we didn’t get a 4th place. We won. Me and little Lilli won! It was amazing and it was even more fun to share the podium with two teams I really admire, Lisa with Hoss and Marje with Susi. I know agility is so, so small margins and the difference between our runs was nothing. We were all three equally good and I’m just so happy to stand there together with Lisa, Marje and their great dogs.

I want to give big CONGRATS to all prize winners, especially to the Swedish large GOLD team! Then I want to say big THANKS to the organizers of EO in Hungary and also to all judges. I also want to say THANKS to ALL PEOPLE who have been cheering for us and for ALL CONGRATS we have got. :)))))) It means SO MUCH to me!

The Swedes that were left celebrated our three gold medals with a dinner and after that me and Nettan started the long way back to Sweden. Even if it took about 26 hours it felt like nothing and I think either Nettan nor I could stop smiling on the way back…! 😉

This week has been really busy and really fun. I have had some sheep work to do and Lilli has been helping me with that. She is just adorable and a pleasure to work with, no matter what it is. I think I might have mentioned it before…? 😉 Then I had some people here from Norway and Poland for training. One of them was Olga Kwiecien that has been here for a Running Contacts seminar and that inspired me to start training RC with Lilli. And it was so nice to have her and her friends here again! We had a nice training and then they also came to the club in falkenberg to compete in the trial they had there Wednesday and Thursday.

In the trial my dogs did really well. Ina and Ogin was 1st and 2nd the first day in agility class (Lilli and I had fun and we did everything but a clean run). The second day Lilli won both classes. I’m still surprised over her times. I always think many runs looks so much faster when I watch different teams. What to say. It’s just to enjoy the ride and accept that she is a special little dog!

This weekend I’m just trying to catch up with everything. This blog post, my emails, fb, my book keeping, invoices, unpacking from Hungary etc… So it’s nice to have two days off. After publicing this I will take my dogs to SWIM! And finally Ziv is swimming. Mission impossible seems to be solved. Before we left to Hungary I got her to swim after LOTS of training. I almost got crazy, all my dogs love to swim but Ziv liked more to run along the beach. But at last she got over her fear for leaving the bottom and she realized it was quite nice. So now we are all swimming across the lakes here around.

Have a nice weekend everyone!